How glad I am about the Fab Lab in Berlin. Thanks to the great 3D machinery, I was able to prototype my boxjellyfish customisable-pendant idea real quick.

One of the Fab Lab team members introduced me to the Stratasys Objet24 Polyjet Printer. The procedure is easy to grasp: Upload the file onto the linked laptop via USB. The file is opened with a specific program, that cuts the to-be-printed-object into tiny layers and sends the data to the printer. After adjusting the placement the printer was ready to go. The wait was, uhm, rather long for such small pieces: 1.5hrs! Halleluja!

…passing of time was enjoyable. I had comic relief from Donald Duck and a Fab Lab user.

Once the wait was over and I opened up the printer. This is what I found: 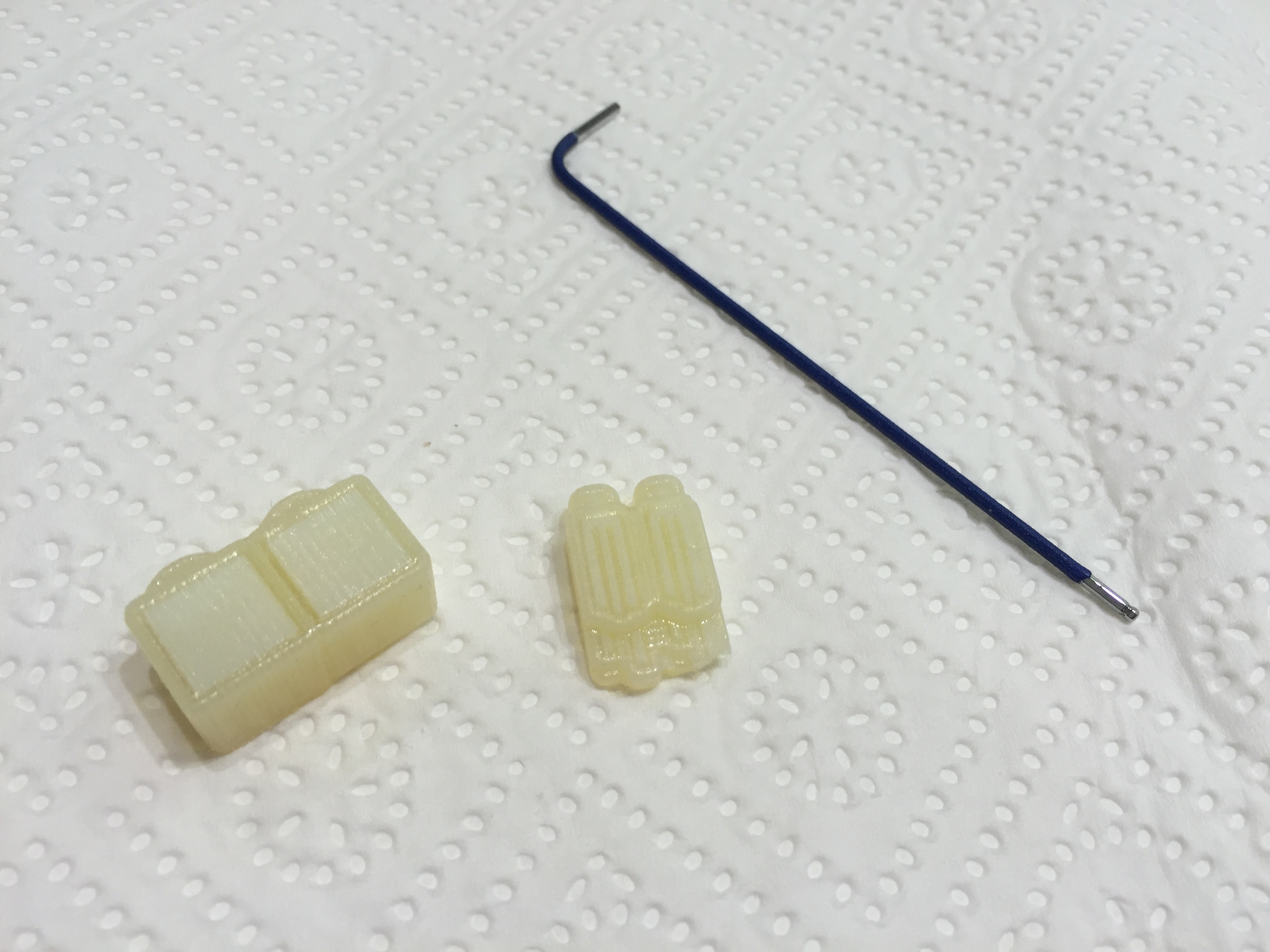 The 3D print was cast in some sort of jelly/wax-like polymer material, which had to be “unwrapped”. I didn’t want to use the water pressure jet for these tiny, fragile models, so scraping was in order. Totally messy, but fun!

Most important test for the prototype was the fit of the two parts. Luckily, the pendant and the box were a match. However, the parts were more “plugged in” instead of “screwed in” as I had actually planned. This isn’t necessarily a bad thing. The functionality in the actual material in resin and brass will show if the “plugging-in” works.

Here are the final images: 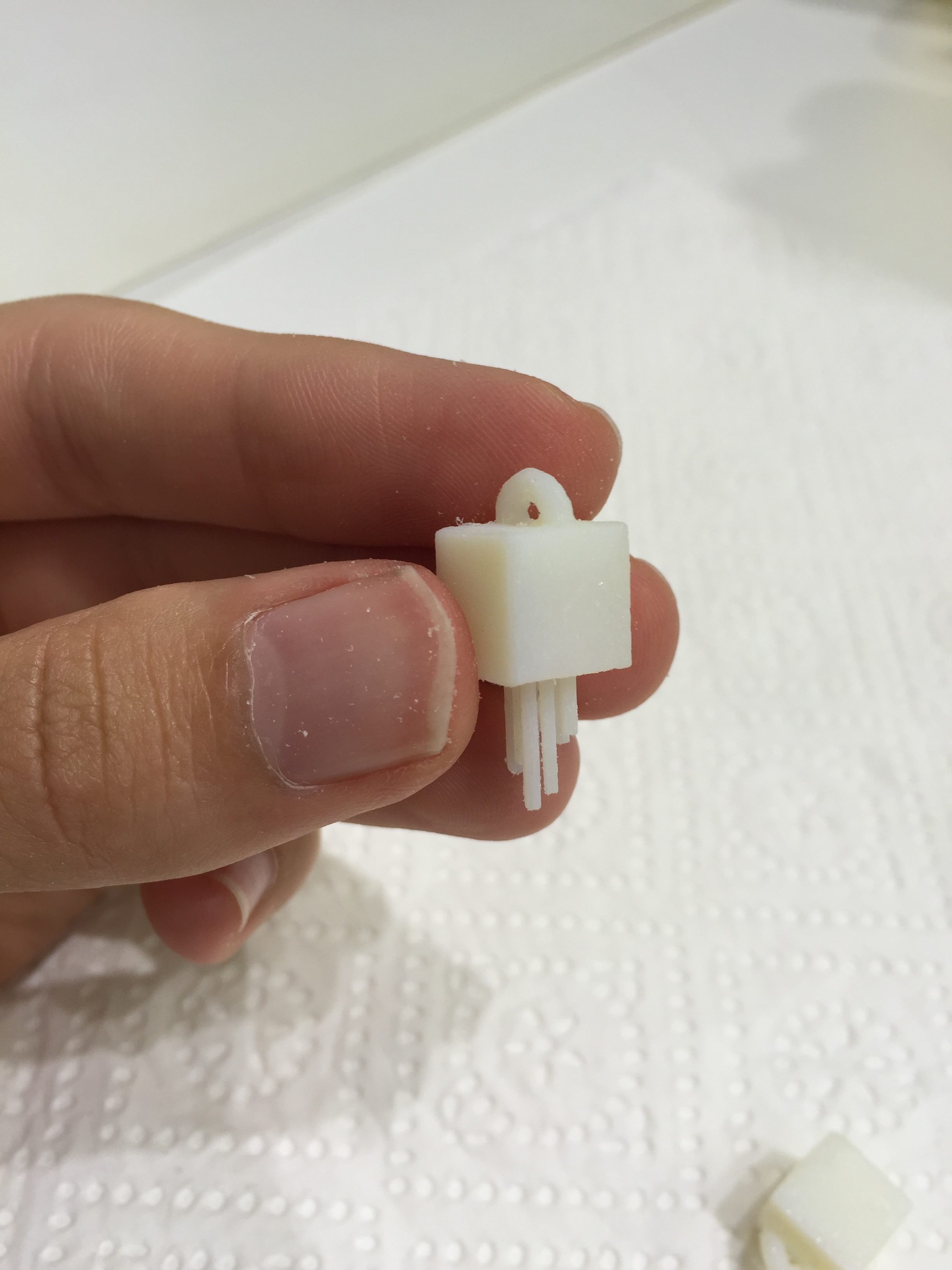 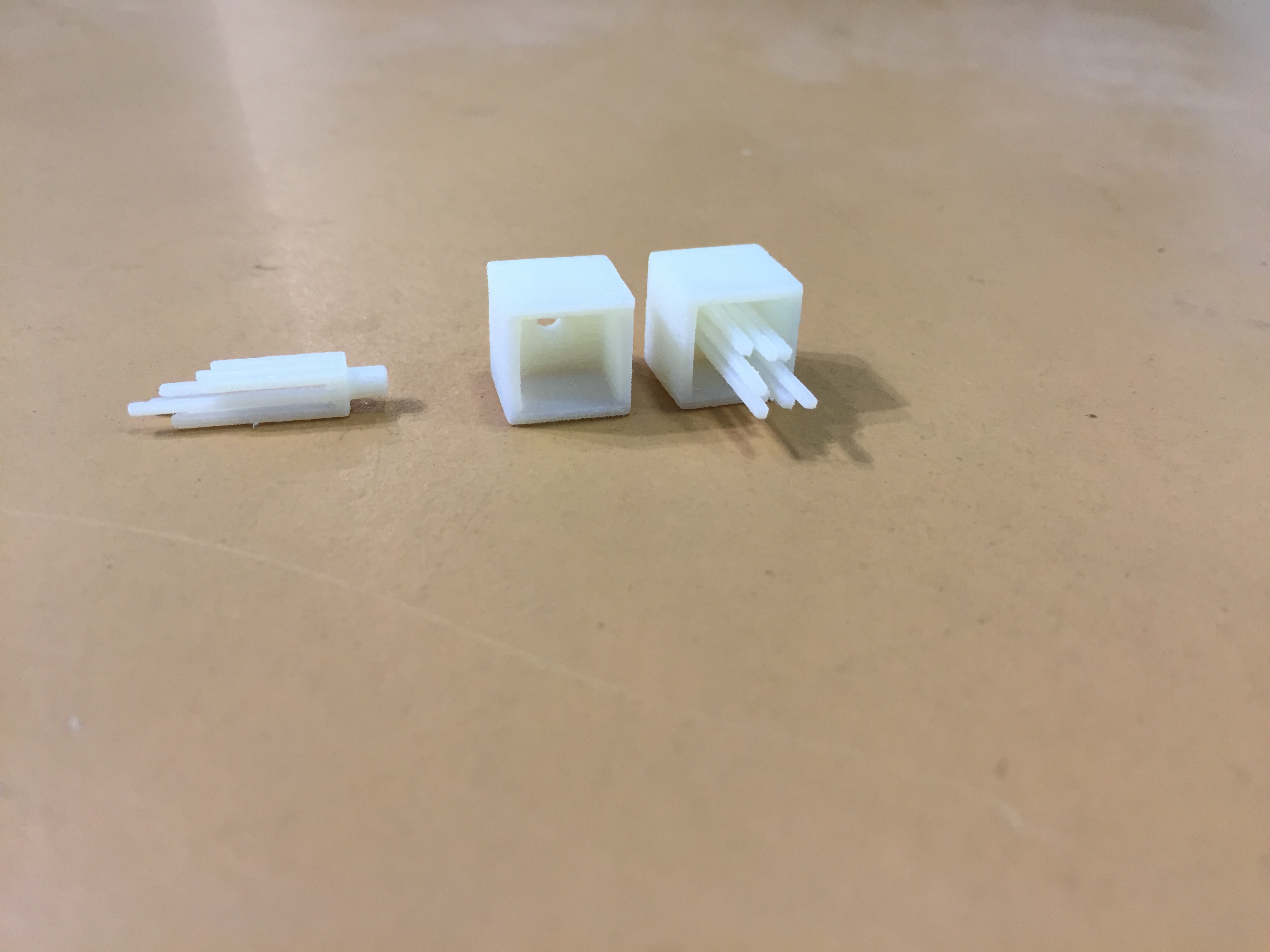 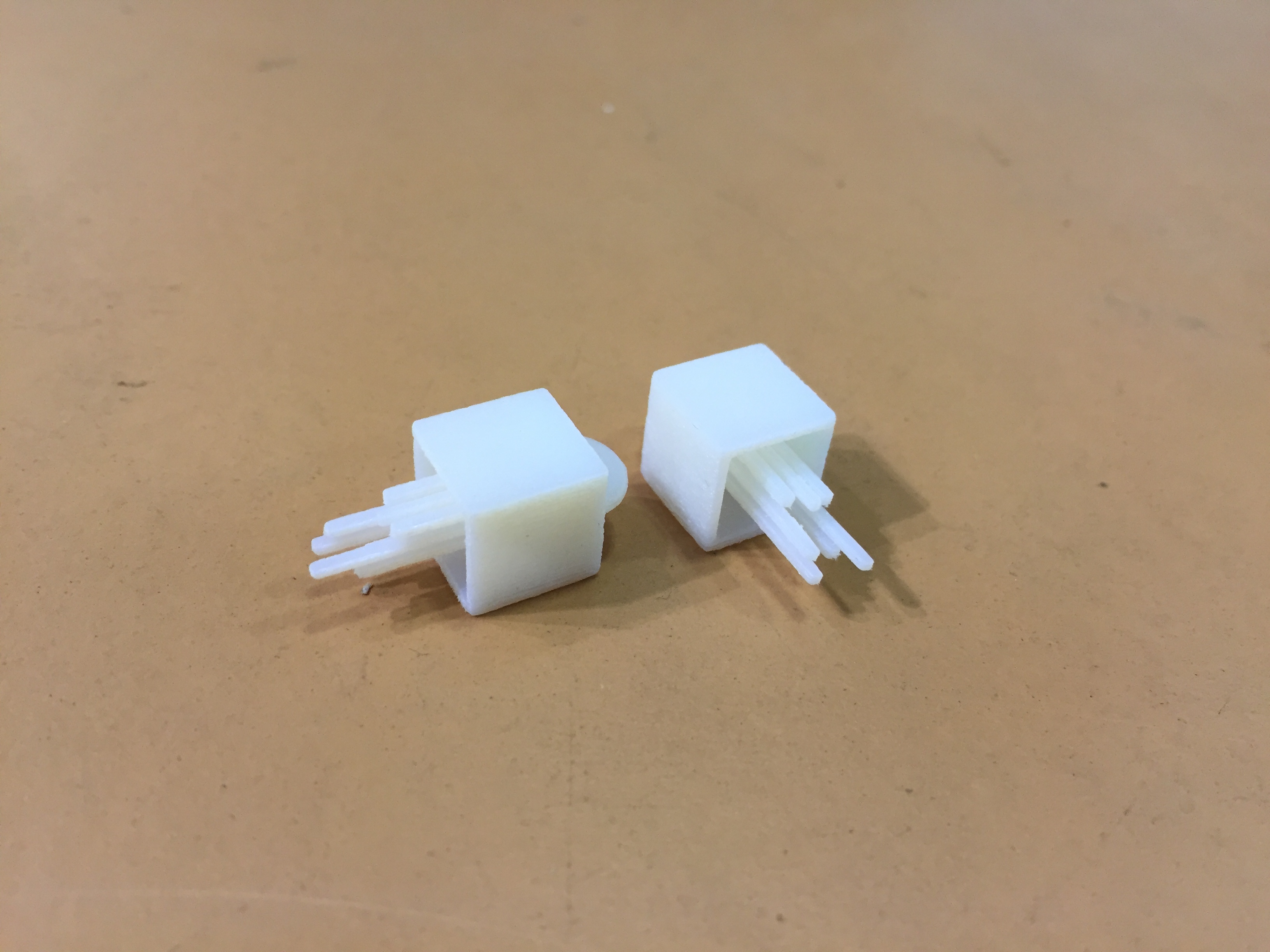